My role in the production of Cosmic Pulses was the design and development of the software / hardware environment that was used by Stockhausen to perform the spatialisation of the 24 layers of electronic sound that he composed for this piece. This instrument—the OKTEG—is freely inspired in the QUEG, an analogue spatial sequencer produced by EMS in the 1970s, that was used by Stockhausen in a previous composition. I worked on the OKTEG (for whose development I was responsible) over several months and supervised the spatialisation process with Stockhausen in Kürten. The resulting 24 spatialised layers, taken in groups of three, were also used by the composer in 8 further pieces for instruments and tape that are as well part of the cycle "Klang". Cosmic Pulses is Karlheinz Stockhausen's last electronic work. 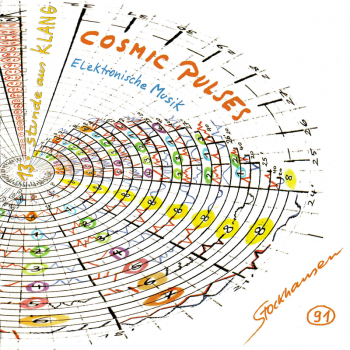