This CD set includes a live recording of Stockhausen's Mixtur at the Herkulessaal der Residenz (Munich) on 25 January 2008 in which I played the mixer part of the Pizz. section. I was also responsible for the development of the sine-generator controllers that were used in this and various other performances of Mixtur 2003. 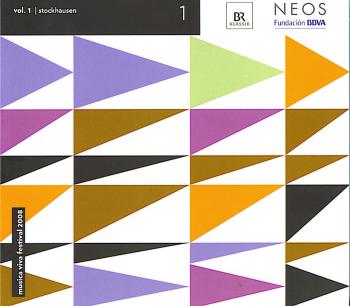