While Spain was at the height of an authoritarian dictatorship, in the 1950s and 60s mainstream avant-garde composers in the civilized world surrendered to the musical potential of technology (Darmstadt, Paris, Cologne, Milan, Columbia-Princeton, etc.). Not surprisingly, during this period a substantial amount of early tape music created by Spanish forerunners was produced beyond the Spanish borders.

Roberto Gerhard’s centre of operations in Cambridge was a modest domestic studio fitted with a handful of open-reel tape recorders. The self-coined term “sound composition” represented Gerhard’s attempt to demystify the German and French schools – a response to "the arrogance of serialist manifestos" and his disagreement with drawing a separating line with “what is condescendingly called ‘the other music’.” The composer favoured simplicity and the recycling of materials, exalting the values of communication and poetic expression of recorded sound. Gerhard’s proposal can be seen as a reflection of something deeply entrenched in the attitude of an individual who professed to abhor being prisoner in the cage of conventionalisms, whether musical dogmas, totalitarianisms or nationalisms. At the other side of the Atlantic, Spanish-born composer Ramón Sender Barayón was one of the founders of the San Francisco Tape Music Center – an exponent centre of American counterculture in the 1960s. The members of this composer-run studio saw themselves as pursuing an alternative path from academic high modernism, adopting an anti-establishment stance and breaking down the disciplinary boundaries in the arts. For its part, José Luis de Delás established himself in Germany developing an affinity to the Critical Theories of the Frankfurt School. At the core of Delás’ ideas was the development of a music against the grain, standing against the official realities. For Delás, the use of musical elements that establish a contradiction plays a political factor: “an unexpected formal arrangement, a harsh harmony at a given time confronted with another nearby harmony which is mellow and nearly bordering sentimentalism, the use of uncomfortable sonorities.”

Dissent and self-reliance are sentiments that inspire the ways in which technology and expression were reconciled by those composers. By outlining the discourses and symbolic structures in their music, this paper will seek to characterize their opposition to prevailing-ideas as a mark of distinction. 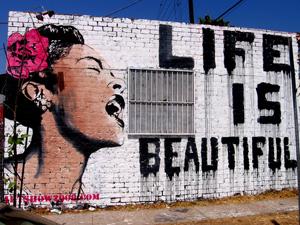